Berhampur city located in the eastern coastline in the district of Ganjam , is one of the major commercial hub in the state of Odisha. Owing to its multicultural population and increasing energy potential, the city is home to a diverse environment. Both the outsiders who settle here and the native residents of this city are employed by the various industries located here. It is due to this lively nature of the city, public utilities and services are of great importance. Now let us have look to the various public utilities and services in Berhampur. 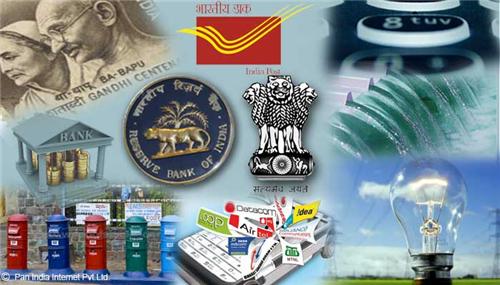 Berhampur is the oldest city in the Ganjam District of Odisha. The Berhampur Municipal Corporation consists of 40 members according to the present data. In the year of 1867 , the city of Berhampur was declared to be a Municipality. This city is a main trading centre for the Southern part of Odisha which has its influence over eight districts. It is also the fourth largest city in the state of Odisha having a population of over 3 lacs according to the 2011census. Berhampur has been declared as a Class-I under the Town Category. The trading volume and industrial development in the city is growing day by day.

Being a vibrant industrial city, healthcare services are of supreme importance in the urban planning of Berhampur. Along with the increasing growth and development in the city, the risk of accidents and natural disasters is more and hence the city has a good maintenance of well developed hospitals and healthcare centers. There are both public and private hospitals located in the city although the services and facilities offered by the public hospitals are comparatively not at par with the private hospitals. There are also healthcare centers provided within the premises of the industrial units, as mandated by the law. The major health centers in Berhampur include Ayush Hospital, Divine Clinic, Red Cross Hospital For Women And Children, Meenakshi Hospital and many others.

Brahmapur being the commercial capital of the state of Odisha, and has a very well developed network of transportation. The common mode of local transport within the city is three wheeler auto rickshaws, busses and taxis. Berhampur being located in the east coast line also has a very well developed network of railways. There are regular passenger trains available to and fro all the major cities in India. Apart from this Berhampur also has a well connected network of airways and is also served by two sea ports.

Berhampur being a commercial hub has the most well developed network of telecommunications with good connectivity in this region. The presence of all the leading telecom service providers like Reliance, BSNL, Airtel, Idea, Vodafone, etc makes a big contribution to this commercial city. Through these services providers, many services including Landline, mobile telephony, broadband and high speed web or internet access are available in Berhampur which adds to the development and growth of the economy of this region, providing ease and convenience for the public.

The growth of banking industry in Berhampur has been commendable which owes to the industrial and commercial development in this region. These banking services available here, help in handling the numerous transactions of business both within and outside the region. This has thus led to the set up of the leading banks inside and around the city which caters to the growing needs of the people living here. Apart from this, many industrial units in the city also have ATM facilities within their premises which cater to the needs of the employees. Almost all the leading Banks have their branches set up in Berhampur which includes HDFC bank, Axis Bank, State Bank of India, Syndicate bank, ICICI Bank, Bank of Baroda etc.

Postal services do play an important role in communication along with the growth in technology. Berhampur being a commercial hub has well maintained postal services. The district head post office is located besides the historical Square Field with about 5 other post offices spread across the city that caters to the needs of the residents here. The various financial needs of the people in the city like money order, post office savings, postal insurance, etc. are also handled by these postal services in the city, apart from handling regular mail services. There are also many private postal services available in Berhampur which include the courier services providers like Professional couriers, First Flight Couriers, etc.

Berhampur being a commercial hub has all the necessary media services all throughout the city. It has an all over India Radio Station that broadcasts FM radio in the Greater Berhampur region. Apart from this, there is also a high power transmitter of Doordarshan which telecasts various programs of Oriya language. U TV is the local broadcast channel which broadcasts the everyday local news of Berhampur. There are also many print media houses in Berhampur. The city has a healthy and good circulation of newspapers including Dainik Asha, The Sambad, The Samaj, Odisha Bhaskar, Dharitri and Anupam Bharat which are published from Berhampur.